One of Pro Wrestling's Biggest International Icons Belongs in the WWE Hall of Fame!

* SIGN THE DESTROYER FOR WWE HALL OF FAME PETITION NOW * 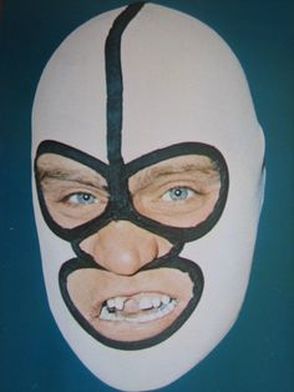 THE DESTROYER
Dick "The Destroyer" Beyer is a sports icon, a former world champion, and an integral player in the relationship between the worlds of US and Japanese wrestling that has extended for generations.
A 1963 bout with Rikidozan, the father of Japanese pro wrestling, was responsible for one of the biggest ratings in the history of television when 70 million people tuned in to watch. He was also a recording artist, starring in an award winning television variety show that ranked among Japan's most popular programs over five years. The Destroyer truly paved the way for Americans across the entertainment and sports spectrum to become "Big in Japan".
The man behind the mask, Dick Beyer, is a living legend of Western New York in his own right as a former Syracuse University football player and championship winning coach (1959).
​The WWE Hall of Fame is the most well known professional wrestling hall of fame and it has enshrined many stars who created their legends both inside and outside of the promotion.

​It's time for The Destroyer to be enshrined into the WWE Hall of Fame!

JIM ROSS ON THE DESTROYER:

Have I met Dick Beyer? Absolutely. Dick was The Masked Destroyer among other handles and was an awesome in ring talent. Dick is a Syracuse grad who made himself famous in Japan.
Dick still has amazing recall of wrestling history and has always been known as a high character, class act who has always represented the business with dignity and professionalism.
I loved watching Dick wrestle in his prime on video tape.

﻿Created by TheClawHold.com﻿
Powered by